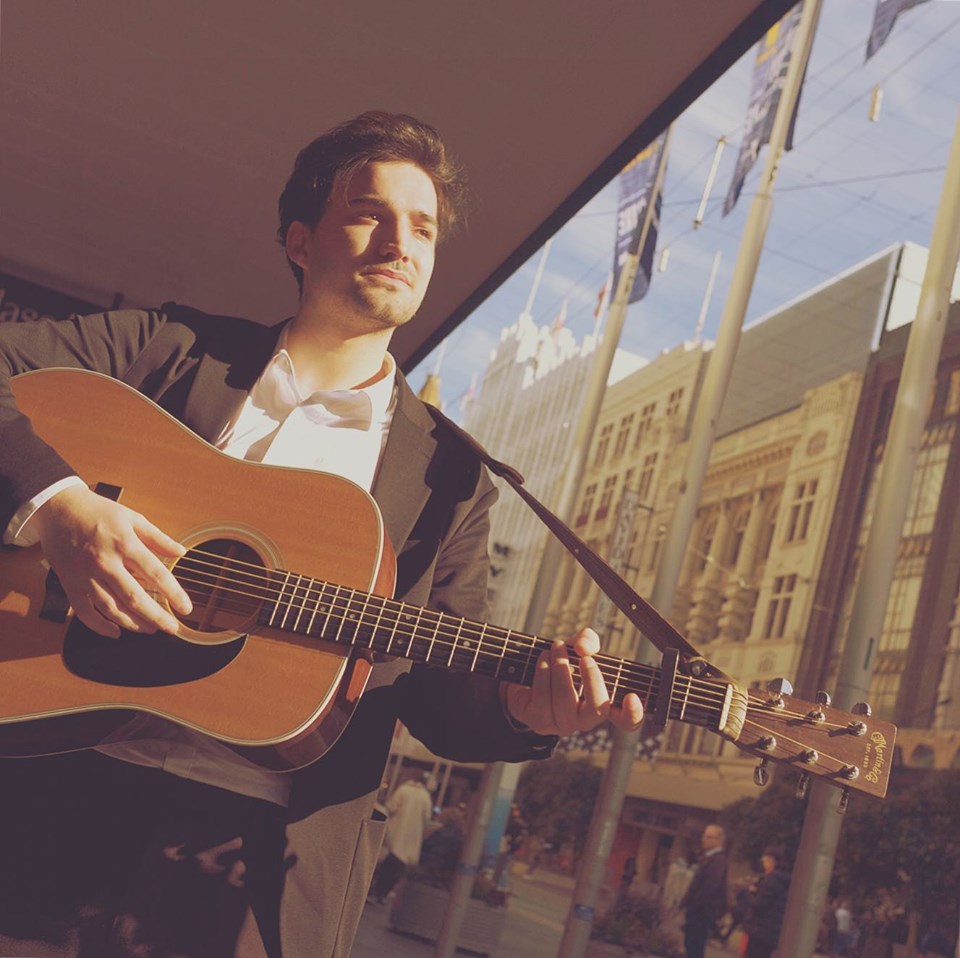 A super-talented local young singer/songwriter and a well established Melbourne bluesman both make their Blues Tram debut on Saturday 9 May 2020.

Enjoy the sights of Bendigo’s architecturally stunning CBD from on board the sensationally restored vintage W Class tram, while being serenaded by two great acts:

Aaron Pollock:
Aaron Pollock is a 22 Year old Musician, living in Melbourne Australia. Known for his unique folk and blues sound, Aaron has made a following throughout Australia, stunning audiences with his original writing and fingerstyle guitar playing.
Growing up, Aaron became a huge fan of artists like Bob Dylan and Robert Johnson, only to soon find his own blend of ‘Greenwich village Folk, Southern Blues and modern rock’. He has already released two E.Ps and two full length albums, including his new album ‘Anxieuxʼ released in November.
Aaron has toured extensively throughout Australia since he was 18 years old and plays regularly in Melbourne every weekend, playing over 100 different shows throughout Australia in 2018 to reach out to blues fans across the country.

Mariah McCarthy:
Heathcote born, Bendigo based, folk artist Mariah McCarthy is one of regional Victoria’s most prized possessions. Since living and performing in the big smoke with her old band Deer Prudence for a time, Mariah has returned to her neck of the woods a solo artist and has focused all her energy on launching her own career with gusto. Influenced by the story telling of Dylan and Young, with femininity reminiscent of Joni. This combined with her unique folk style makes for an enchanting, intimate performance from the young artist. 2018 saw the acclaimed launch of Mariah’s debut EP ‘Counting Sheep – don’t miss the exquisite story telling of Mariah McCarthy.