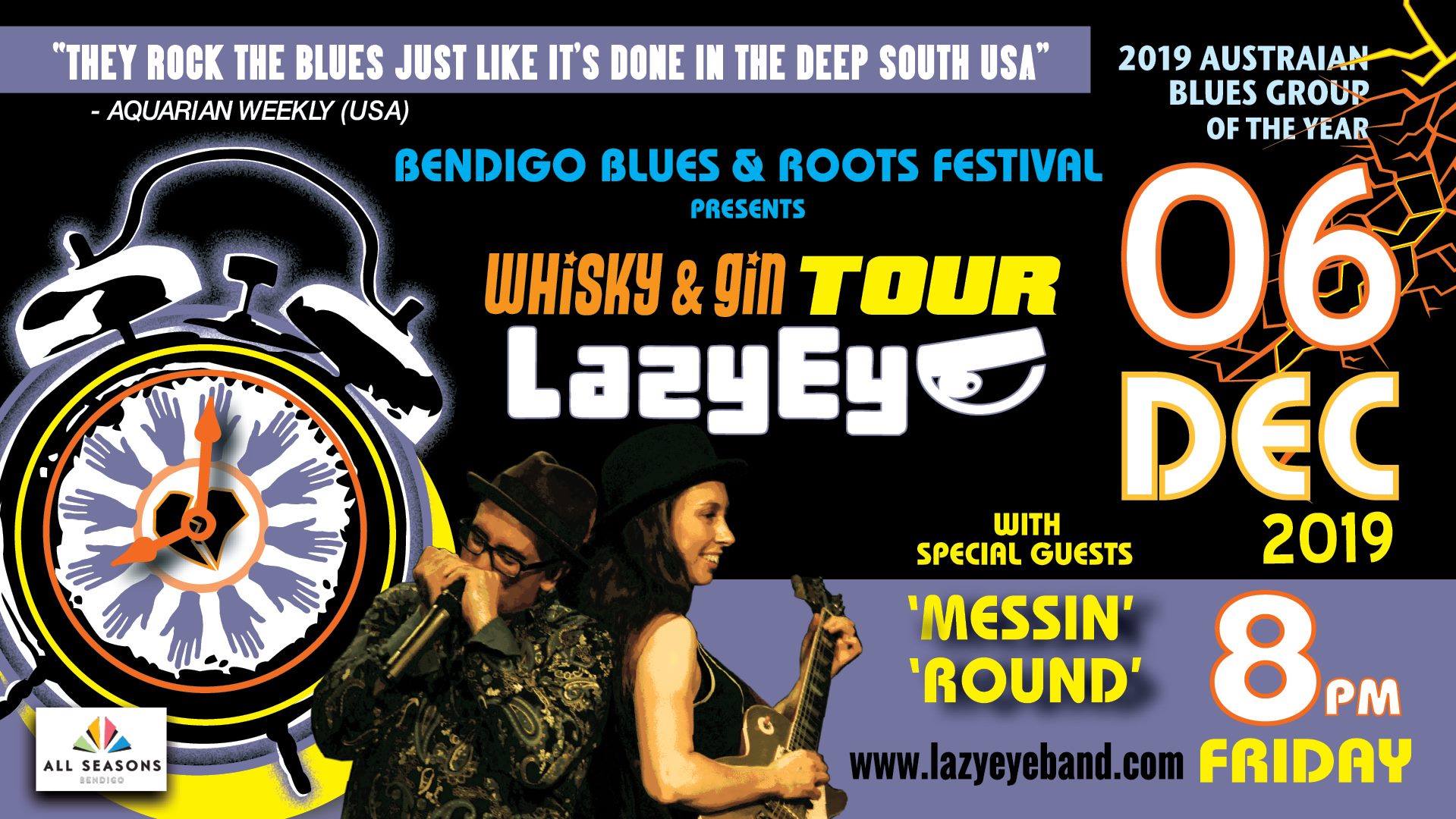 Think B.B. King sharing a scotch with Booker T at the Crossroads after midnight. With more awards than you can poke a mojo hand at, what started out as a hair brained idea between two friends medicating their way through jazz school over a bottle of red has taken them on an adventure that spans the globe. Multiple gongs in fact suggest Lazy Eye delivers some of the best original blues Australia has to offer.

Not all smooth sailing however, it was while broken down on the side of the highway in their well worn tour van that Lazy Eye learned they had been named Group Of The Year at the 2015 Australian Blues Music Awards where they were to appear. But regional Australia, where the act cut their teeth is a long way from the famed B.B. Kings Blues Club in Memphis where they performed to a packed house just one year later.

Delighting audiences throughout their homeland and from the U.S. to Japan, Evan Whetter’s vocals are gritty with a velvety smack of soul, wielding his weather beaten Hammond with style as he leads an all killer no filler line up featuring rising star of the guitar Erica Graf and the supremely talented Mario Marino on drums. Lazy Eye’s latest offering Black Hill perfectly captures the band in their native environment, live in concert and catapulted the band again to “Group Of The Year at the 2019 Australian Blues Music Awards as well as earning a finalist nomination for “Song Of The Year”. This time you bet they didn’t break down and miss all the fun!

Supported by local blues powerhouse Messin’ Round, it’s a night not to be missed!

Don’t miss the opportunity to check them out live at The All Seasons Bendigo! Tickets just $20 #allseasonsallgood