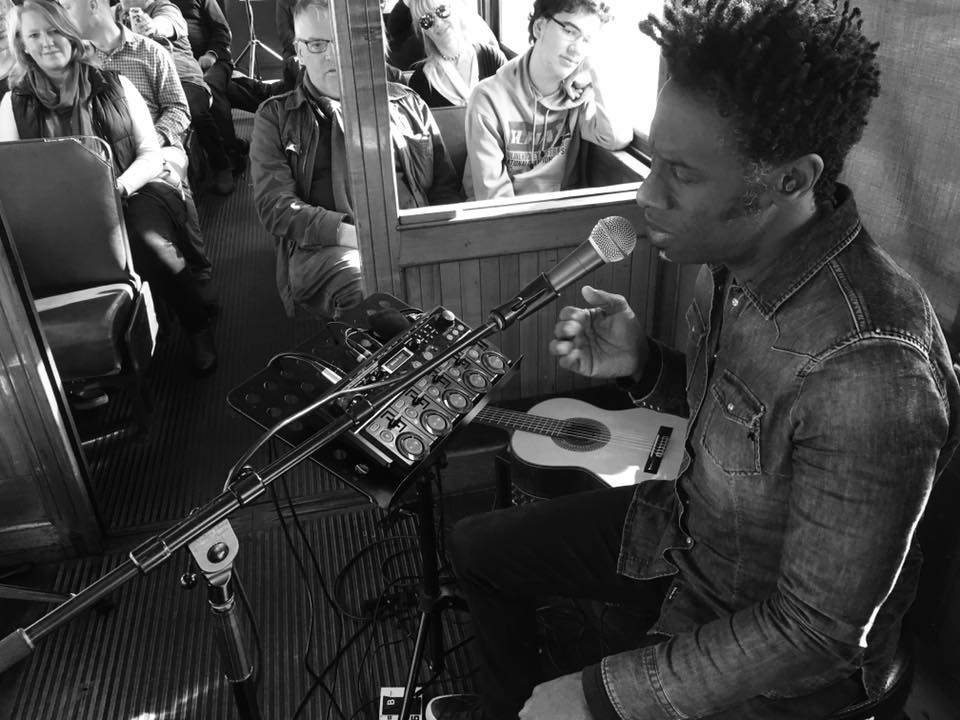 Enjoy the sights of Bendigo’s architecturally stunning CBD from on board the sensationally restored vintage W Class tram, while being serenaded by two great acts.

Geoffrey Williams:
Much loved UK singer songwriter & loop artist Geoffrey Williams dishes up some soulful delectations of 60s/70s influenced blues, rhythm and soul with a Caribbean twist!
His career highlights include:
5 albums on major labels such as Atlantic Records and EMI,
writing for artists such as Michael Jackson and Dusty Springfield,
playing at Wembley Arena, London Jazz Cafe and Montreux Jazz Festival.
performing at festivals such as Bendigo Blues & Roots, Woodford Folk, Castlemaine State
He co-directed The Boite Millenium Chorus’s ‘WINDRUSH’ in 2016 featuring self-penned songs about the story of his parents’ migration from the Caribbean to the UK and was also Australian National Busking Open Champion in 2017!
Expect to be mesmerised by sweet melodies and irresistible grooves – catch him and you won’t regret it!

Buddy Knox:
Buddy Knox is a funky blues man, described as Australia’s answer to B.B. King
Tamworth-based musician Buddy Knox grew up playing in the family band and has been a working musician his entire life. Buddy has carved up the Blues scene around Australia since 2007, playing at all the big ticket Australian festivals. He has two Chain awards and won the Sydney Blues Society Performer of the Year twice!
Buddy is an extraordinary guitarist. His technical capability as a guitarist is outstanding and is matched by his astonishing instinctual grasp of the blues genre. Buddy first picked up a guitar at just ten years of age. His big ambition was to “play like Chuck Berry”. Despite the challenge of practicing on an old worn guitar, which was missing a string, Buddy’s goal to play persisted with his natural talent flourishing. Music and playing guitar became Buddy’s lifelong dedication.
He has demonstrates a complete grasp of the work of the greats from Robert Johnson to Freddie King and BB King to Buddy Guy.