THERE are three unique concerts happening this coming weekend at The Old Church on the Hill, co-hosted by the team from Bendigo Blues & Roots Music Festival.

Friday 17 August will see the Bendigo debut of well-travelled and long-established bluesman Buddy Knox. Buddy is on tour from his home base of Tamworth and will return in November for this year’s Bendigo Blues & Roots Music Festival, but this is a unique opportunity to get an up close and personal preview of an Aussie blues king in a welcoming setting. Buddy plays funky Blues with lightning speed licks and promises his show will “smoke ya boots”. He has notched his Blues belt with some of the biggest music festivals in Australia and has been described as “Australia’s own BB King”. Supporting Buddy will be local ragtime trio Alawishus Jones & The Outright Lies and opening the show at 7:30pm sharp will be young guitar maestro Rhyley McGrath. The door charge is only $15, payable on entry.

Saturday 18 August brings a top-quality evening of finger-picking and story-telling as folk hotshots Justin Bernasconi (Melbourne) and William Alexander (Swan Hill) play a double-header at the Old Church. Named as ‘One of this country’s most interesting guitar talents’ by Australian Guitar Magazine, Justin Bernasconi is a rarity among guitarists and songwriters. Straddling styles and sounds from the Delta Blues, Appalachian Bluegrass, English Folk and all stops in between, his highly original tunes are infused with exciting and soulful guitar playing. And William Alexander? William might seem familiar as he’s lived in Bendigo for a couple of stints and has a justifiably good following here. He’s been called many things in his short life, such as the ‘Gentleman of the Bush’ , ‘The kid from Bourke’, ‘Young William’ and a few profanities. William is most at home when close to a river and surrounded by the plants and animals that bring life to this country. William sings about the stuff of life – of love gone wrong (and right), living on the road, and working in the sun, he does this with both his original works and through the words of others. Tickets are only $15 online (via trybooking.com) or $17 at the door on Saturday night. Doors open at 7pm.

Sunday 19 August sees the long-awaited return to Bendigo of Kristy Cox, an Australian country music success story, and respected bluegrass duo The Weeping Willows. Kristy Cox is the new voice in Australian bluegrass. Adored for her youthful energy infused acoustic country/bluegrass, she has been awarded with radio success and accolades for her talent. Having moved to the USA in 2013 after signing her first record deal with bluegrass label Pisgah Ridge (an imprint of Mountain Home), Kristy has just released her album ‘Ricochet’ which debuted on 6 different Billboard charts including #1 for Bluegrass Album. The first single from the album the title track ‘Ricochet’ hit #1 on the US Bluegrass Radio Chart and #1 on the Australian Country Radio Chart. Her previous album ‘Part of Me’ saw her receive three nominations and bring home the Bluegrass Recording of the year at the 2017 Australian Country Music Awards. The Weeping Willows, Laura Coates and Andrew Wrigglesworth, are a couple of old souls, steeped in Bluegrass tradition and draped in Gothic Americana imagery. They regale their audiences with stories of sunshine and romance, God and The Devil, murder and decay. 2015-2018 has seen The Weeping Willows nominated for 4 x CMAA ‘Golden Guitar’ awards, 4 x Country Music Channel (CMC) awards and completing a national tour in support of their sophomore album, Before Darkness Comes A-Callin’ (2016), which received four-star reviews in Rolling Stone, The Australian and The Music. Tickets for this exciting double-header are $15 presale (from Eventbrite) or $20 at the door and the show kicks off at 6pm. 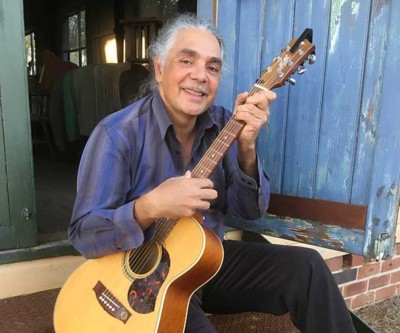 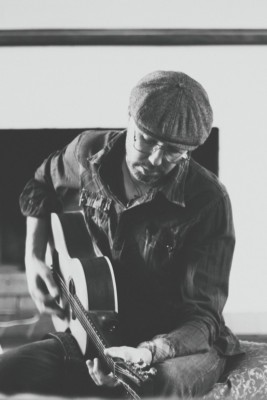 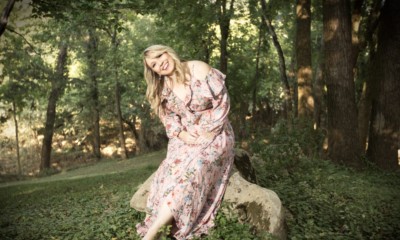