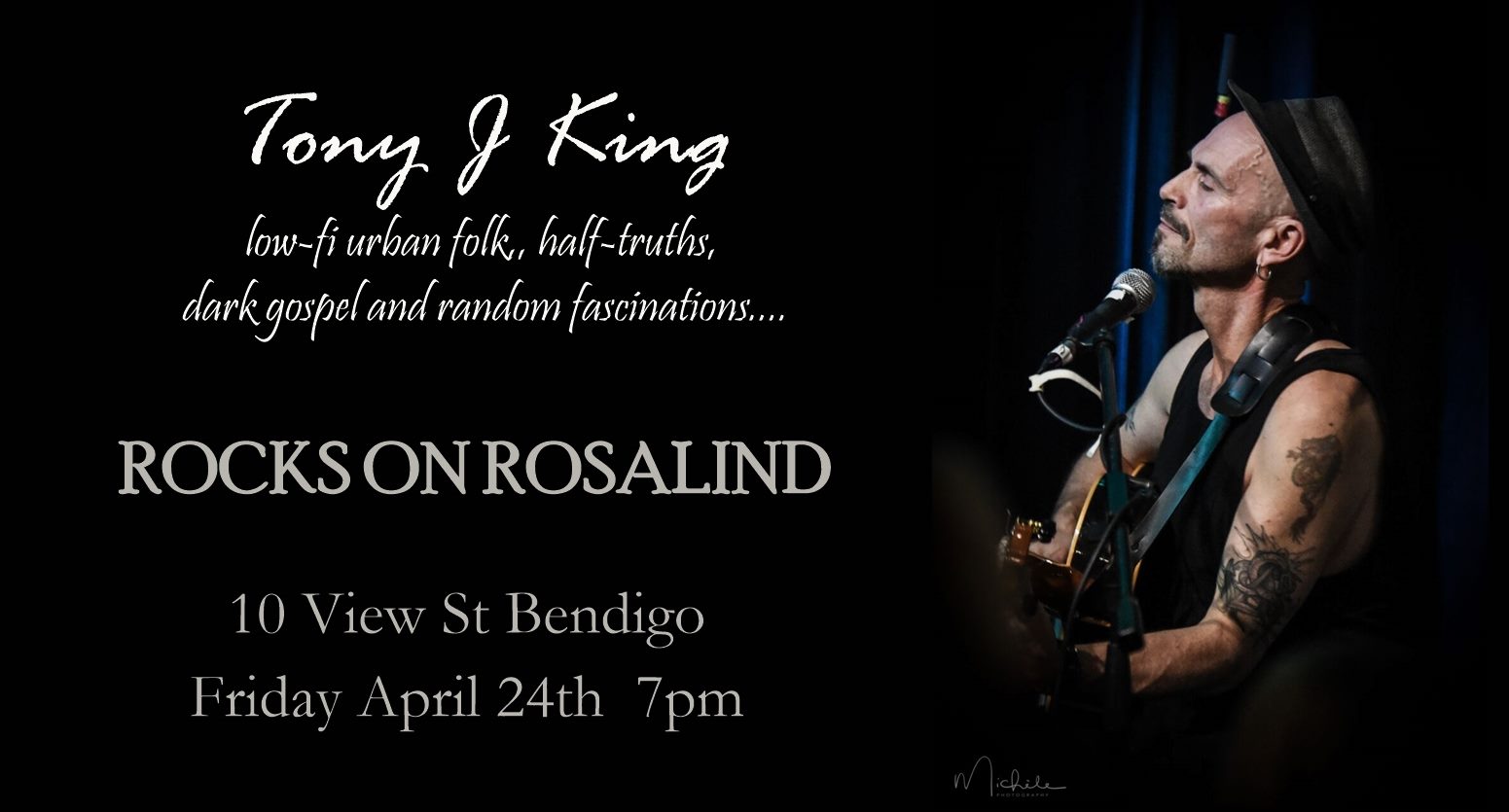 Old school blues and original ‘murder ballads’ from legendary Tony J King will feature in the April edition of our “Dinner & Blues” sessions for 2020. Settle in to Rocks Underground, with accomplished blues musicians providing the soundtrack to an exceptional culinary experience.
(Updated menu info to be provided soon – watch this space!)

Not dining? That’s OK, pop in and enjoy a funky beverage while listening to some funky tunes.

More about our featured artist:
“Having grown up in the tough, migrant, working-class northern suburbs of South Australia in the sixties and seventies, King was exposed to the musical tastes of other British migrants – names such as Muddy Waters, Bob Dylan, Howling Wolf, Leadbelly and Robert Johnson. He later earned a living as a truck driver, storeman, labourer, salesman and teacher and has drawn upon this myriad of experiences as fodder for his song-writing.
With a few stories, an old guitar and kick drum, Tony J King creates a ramshackle music that has its roots in the street-corner blues and folk of yesteryear. Slow-burnin’, low-fi urban myths, murder ballads, half-truths, dark gospel and random fascinations are represented in quirky musical tales honed from a pre-occupation with the unusual, the exotic and the downright bizarre.”