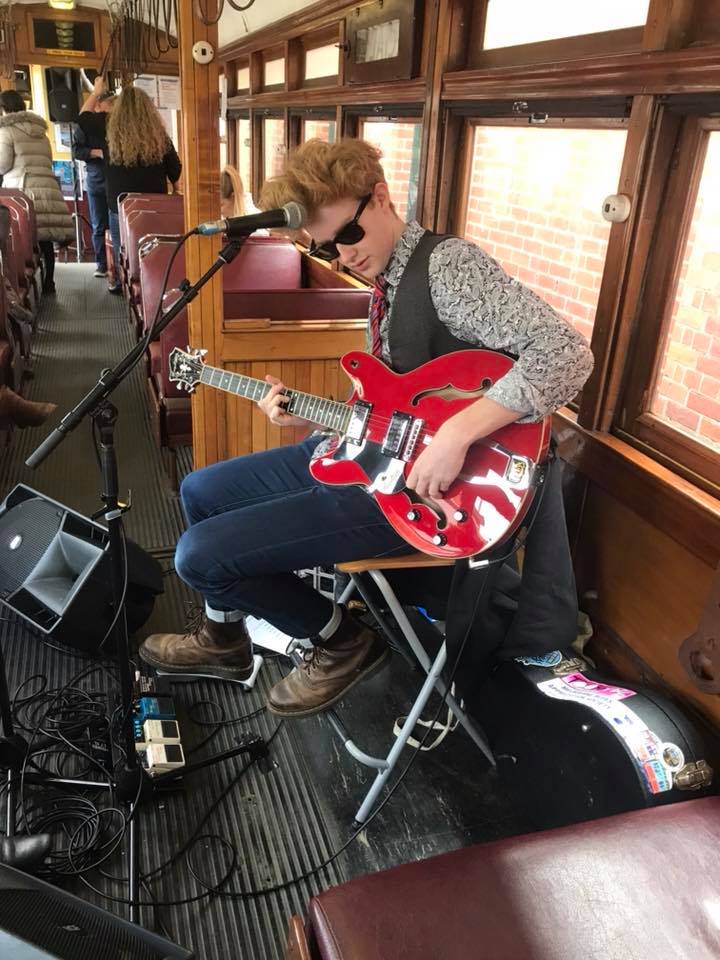 Enjoy the sights of Bendigo’s architecturally stunning CBD from on board the sensationally restored vintage W Class tram, while being serenaded by two great acts.

Anna Scionti:
Melbourne blues songstress Anna Scionti (pronounced Shon-tee) is a singer/songwriter guitarist and bottleneck slide player. Scionti’s uninhibited foot stomping blues is honest and raw. On cigar box guitar, resonator, lap steel and stomp you will be deeply immersed into her world of electrified rhythmic tunes.
Scionti’s new 2019 album Orphan Diary, is a collection of original songs telling stories of love, loss, and longing from her childhood to now. Having lost both parents in her teenage years, this album is uninhibited, raw and unapologetic in its honesty. Orphan Diary marks the follow up to her 2017 self-titled EP which debuted at No.2 on the Australian Blues & Roots Airplay Charts.
Having shared the stage with some of Australia’s finest blues players, including Fiona Boyes and Geoff Achison, Anna is a regular on the Blues Train as well as festivals including Thredbo Blues Festival (NSW), Australian Blues Music Festival (NSW), Great Southern Cigar Box Guitar Festival (VIC), National Folk Festival (ACT) to name a few.

Charlie Bedford:
While still a young artist at 18, Charlie has journeyed to the USA in 2017, ‘18 & ‘19 to perform at the International Blues Challenge – Youth Showcase in Memphis, representing the Melbourne Blues Appreciation Society, as well as playing in both Nashville & Muscle Shoals.
In Australia Charlie has played with & been mentored by some of our biggest artists such as; Geoff Achison, Sweet Felicia, Jimi Hocking, Andrea Marr, Russell Morris & Lloyd Spiegel.
He has had the honour of performing in the USA with band members from such great acts as BB King, Albert Collins, Ray Charles, Bonnie Raitt, & Wilson Pickett.
Charlie began playing in bars & clubs at 12 years of age & now works as a full-time musician. He performs regularly as a solo artist, fronting his Band or playing guitar in both The Great Unknown & Hey Gringo.
Charlie is a fresh act on the scene, representing the next generation.
He’ll get your feet tapping & leave a smile on your face!